The extracellular matrix's communication gives insight into the effects of electromagnetic radiation (EMR) on life. EMR can act on specific cells, tissues & organs. Atoms, molecules, crystals, cells, bacteria & micro-parasites have resonant frequencies that can cause fatal disruption or healing.

Royal Raymond Rife created the most powerful microscope 100 years ago and discovered that every pathogen has a resonant frequency. When administered, the resonant frequency can cause vibration and destruction. He isolated the micro-parasite that LIVES IN EVERY CANCER CELL and the frequencies that destroy it. He had a 100% cure rate for terminal cancer patients 100 years ago in San Diego. Everyone involved was threatened or paid off by the AMA to step away from the breakthrough. (Now you know why Ivermectin and other anti-parasite drugs were prohibited during the planned-panic.)

Rife machines are widely used in many countries by individuals and healthcare professionals such as the New Zealand Cancer Clinic. Research has continued primarily in Germany and Russia to provide valuable programs of treatment.

Some healers can generate healing frequencies with their hands, but Rife machines are available for the rest of us to kill pathogens or mimic our cells’ and organs’ healing communications.

This introductory class will explain how frequencies can be used to improve your health.

There is no charge for this event, but you will need to join a private Association to protect our right to privately contract and share information. Contracts are the highest law on earth. Learn how to use them. 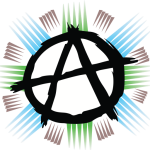